Where is the race?

The race is located in Aquileia, European.

Can I wear headphones at the Mytho Marathon?

Is the race still going ahead?

Change is always possible, please contact the race organiser to confirm this at: [email protected]

What is the maximum allowed time to complete the race?

The maximum time allowed is 6:00 hours

The Mytho Marathon held in Italy, is your chance to enter the Olympus of Marathons, the only experience that will make you proud to say...I was there. But let's keep our feet on the ground.  MYTHO Marathon is the only marathon in an equally unique territory: Friuli Venezia Giulia. A road race over the traditional distance of 42.195 km with an original formula: 3 different marathons and a single goal; the aim is to complete them all and enter MYTHO. Will you be among those who will be able to say: I did it?
Only those who complete all 3 competitions will be eligible to be called MYTHO and wear (with pride) the special medal.  This will be assembled year after year at the end of each marathon. A new and original design, like the marathon it represents. This winter we will reveal how it will be composed...
Every year MYTHO Marathon will be run in a different place: Cividale del Friuli (2021), Sacile (2022), Aquileia (2023). Every year it will honour one of the three towns in Friuli Venezia Giulia listed as a UNESCO World Heritage Site.
After the success of the debut edition in Cividale del Friuli, the MYTHO Marathon is now relishing the opportunity to do it all over again by enthusiastically replicating the only 42.195-kilometre race in Friuli Venezia Giulia, approved by FIDAL and on the national calendar. The HQ is at Sacile in the province of Pordenone which will be home to the logistical side of the event.
There is also an accompanying Mytho 10k Run (10 km) and Mytho Team Marathon (team Relay (4 athletes for each team) around the route of the Marathon)
MYTHO MARATHON ROUTE
The route is mainly flat. That together with good organisation and few runners allowed runners a perfect opportunity to achieve a personal best time. The MYTHOes, as the competitors are dubbed, will start from Sacile and then follow a circular route along the river Livenza as far as the Palù di Livenza Prehistoric Pile Dwelling site, which was declared a UNESCO World Heritage Site in 2011. The marathon runners will then traverse the municipalities of Caneva, Polcenigo (which is on the exclusive list of Italy’s Most Beautiful Villages) and Fontanafredda, before making their way back to Sacile again.
The 2021 Mytho Marathon was shown live on TV and on streaming on the facebook page of Mytho Marathon.
Contact Details
Address : Esclamative APD, Via Europa Unita 98, 33031 Basiliano (UD) - Italy
Tel. : +39 3408161000
Mytho Marathon Race Entry website is https://join.endu.net/fee/74153
Race Entry Cost: €35.00 till 30/06,  €40.00 from 01/07 to 31/08, €50.00 from 01/09 to 28/09 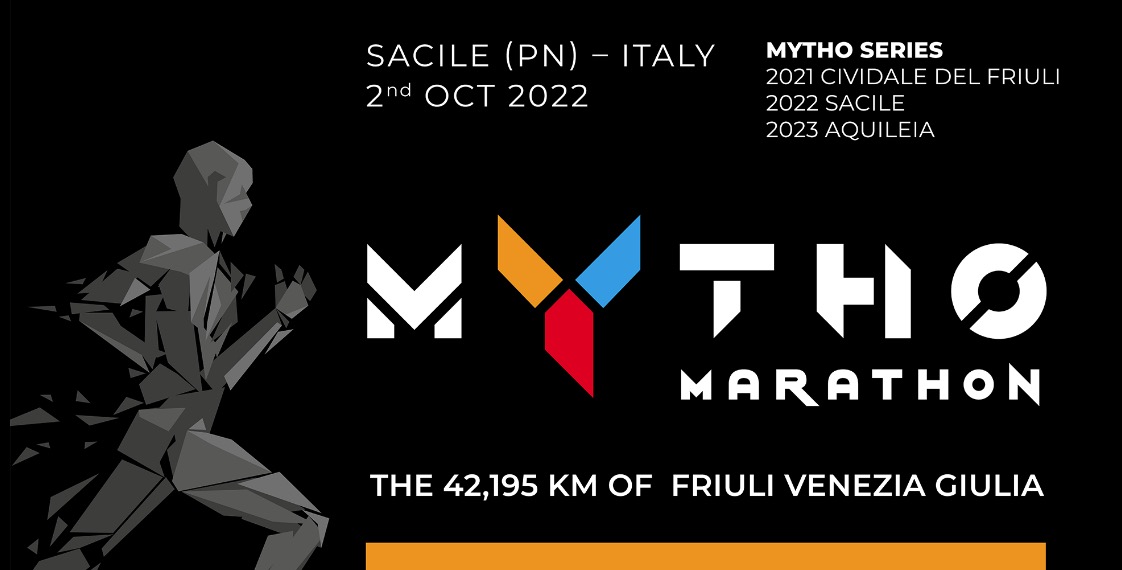