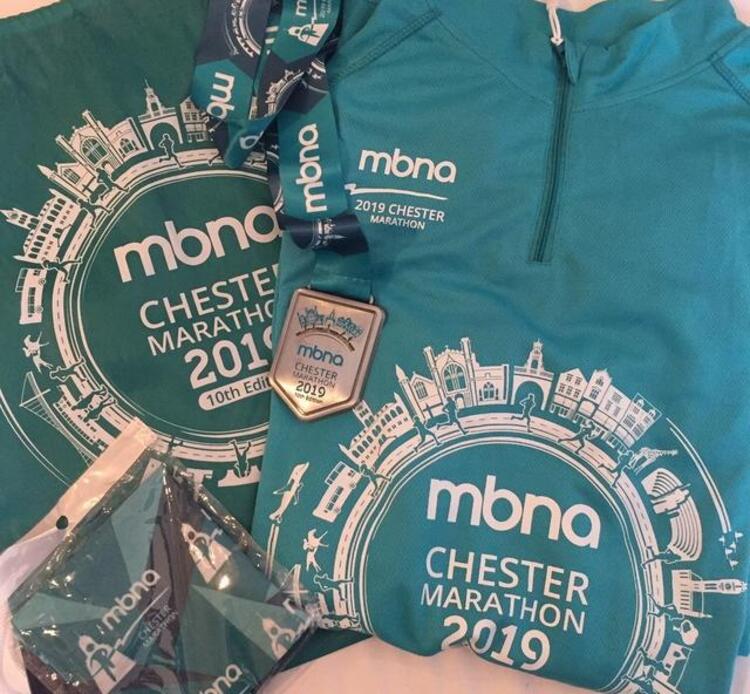 We’re writing this still buzzing from a fabulous marathon yesterday...

Due to torrential rain the week in the run up to this year’s marathon, the organisers had to make a decision to change the start and finish lines, but you would never have known! From the email correspondence earlier in the week to the slick organisation at the start there was no hint of anything being amiss.

It turned out also to be totally the right decision as overnight another deluge meant that the iconic Chester Race Course was completely sodden and would not have been a pleasant start and finish to the race.

Race numbers are posted out to UK runners which is always a plus point for us as it saves worrying on race day. Overseas entrants could collect their numbers from Up and Running on the Friday and from the Race Course HQ at the Race Course on the Saturday and Sunday prior to the race.

The number of volunteers along the course was incredible and with The St John’s Ambulance wizzing up and down on their bikes in the second half of the race we felt very much looked after should there be any issues.

Every step of the way we had regular updates either emailed or posted online to give all participants all of the information they needed. The organisers are all runners and this is 100% clear – they know what we want!

The race started on Nuns Lane which runs alongside the racecourse, was well signposted as far as start time areas were concerned and not too crowded. Setting the scene of the course almost immediately (it's an undulating course), we started on a downhill but what goes down generally must go up and before long in the first half mile we were running up rather steep incline back into the city of Chester. Along the main street which was filled with supporters on either side and then making our way down to the outskirts of Chester and across the River Dee.

From then on we ran on fairly undulating traffic free roads with quiet periods to get into our running heads but then pockets of fabulous support from both the race volunteers and the general public to keep us going. We had a very kind and proud Welsh lady announcing that at Pulford we had indeed reached Wales which provoked many positive comments from fellow runners.

We ran through the picturesque villages of Eccleston, Belgrave, Pulford, Lavister and Farndon with plenty of scenery between each village and tons of support including live bands, music that made you want to have a boogie and even a chap in the bank of a transit van playing his drums!

Mile 24 introduced a surprise rather steep hill back into Chester, then finding our way into the super pretty Grosvenor Park and then back down to the river bank for the last 600m – the support here was relentless with everybody shouting encouragement and willing us along the last few hundred metres of the course. The finish line soon became clear and one final push of any last remaining bits of energy we were home at last. Fabulous!

As you would expect the organisation once over the finish line was just as slick as on the course. We were presented with a gorgeous (very heavy) medal to show off, a long-sleeved wicked fabric running top, a fabulous branded goody bag complete with running snood and nibbles aplenty and finally the all important hydration of lucozade sport and a bottle of water. The really touching part also was the volunteers all giving us a clap as we walked through the finish area – after 26.2miles it was all very emotional! 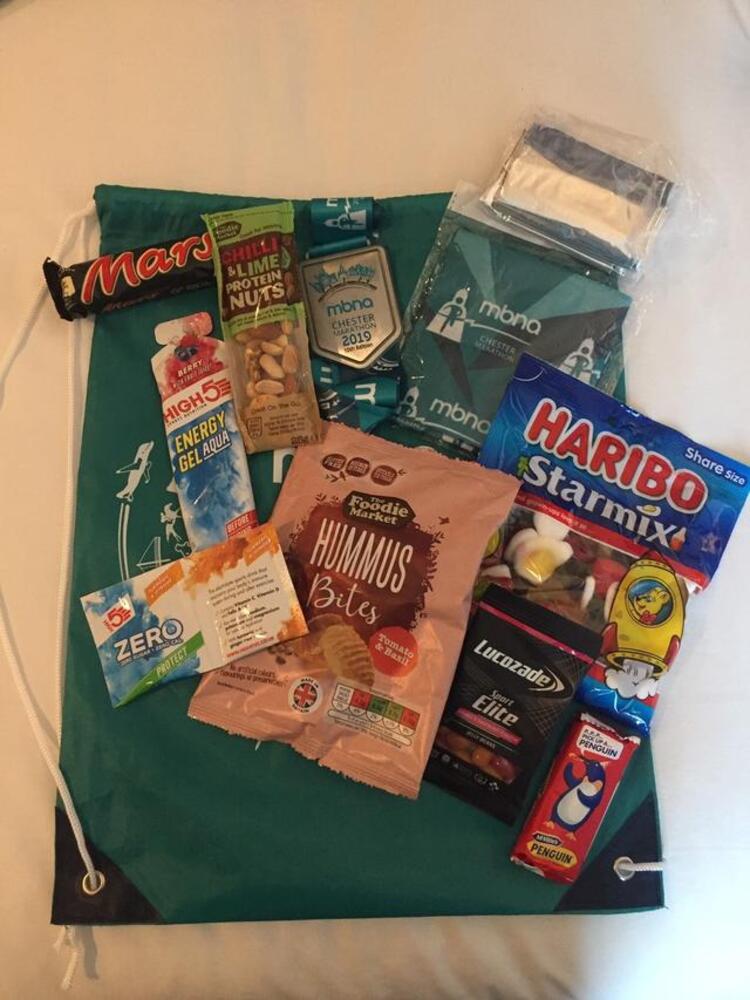 It seemed like everybody had got into the race day vibe with children making their own signs ‘press here to power up’ amongst others and everybody was so positive and encouraging. Having your own names on the race numbers is an added bonus and gets the crowd cheering on that personal support just for you.

Many people also travelled along the course to support and you would see the same supporters on a number of occasions in different locations, real dedication and much appreciated.

Another marathon to add to the ‘let’s do it again’ list – thank you MBNA Chester Marathon!

Entries for next year are already open and selling fast from what we've been told: Chester Marathon